The Era of the End-User 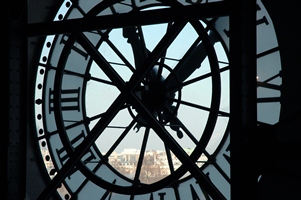 Remember simpler times: all a system had to do was run and not crash on a consistent basis. If a user complained about performance a typical response sounded something like “Sorry, it’s an application/hardware/connection limit.”

Sure, user-sat has been a focus for a few years now, but only recently have end-users had the ability to drastically alter the strategic direction for an entire IT group. Some are saying we’re returning to the age of the mainframe, when user time was managed just as tightly as the expensive hardware. I say we’re entering the age of the manframe (or personframe), where things like applications and hardware are the true commodities in the end-user equation, and things like mobile devices and accessibility from these devices are the big to-dos on every VP’s list. The ability to efficiently integrate these end-user devices is quickly becoming the new differentiator for companies like VMware, Cisco, Microsoft, Citrix, Dell, HP, IBM, and even Oracle.

So what does it all mean?

To focus on the users, you can’t be focusing on your infrastructure.

If you’re lucky enough to have a massive budget and aren’t concerned about the environment, the following does not apply to you. If you or someone you’re trying to impress has to pay for power, it might be of interest…

The good thing is that users are creatures of habit. Every morning at around 9AM you can expect users to log in, at noon there will be a rush for Facebook or some other social site, and at about 5PM they log off. If you design your infrastructure to meet the needs of the 9AM rush you’ll have next to no system utilization from 5PM to 9AM, with systems left on, waiting for the next 9AM rush. You have three options at this point, and if you want to avoid this waste of power, CPU, and space, you have two options.

You can also combine options 2 and 3 if you only need the servers during end of month billing cycles or during peaks that occur throughout your computing cycles. The goal here is to not do option 1 all the time.

So how do you get it done so you can focus on end users?

Don’t buy standalone infrastructures and don’t try to put together from scratch by yourself. All server manufacturers have something to help with this, some are better than others, depending on your specific requirements and budget. We have the ability to come in and assess your needs and architect a solution that meets whichever combination of options you want to look at. Give us a call and let’s move past this hurdle so we can focus on the fun of desktop and application virtualization!